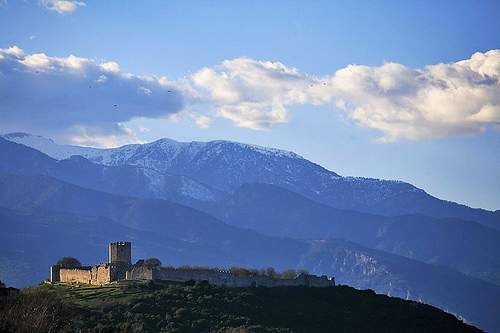 The Castle of Platamonas is perhaps the most important site in the prefecture of Pieria and "trademark "of the county.

During the Byzantine and medieval times, the story of Platamonas identified with the famous Venetian castle while the castle illumination at night adds glory.

Recently, there have been maintenance and restoration works of the monument.

Distance between Golden Sun Hotel and Castle of Platamon: ~ 15 min

Dion was an ancient city of strategic importance and one of the most famous Macedonians states. The location of ancient Dion located at the eastern foot of Mount Olympus, where today is located the eponymous town. As evidenced by Strabo and Livy, Dion «πόλις ουκ εν τω αιγιαλώ του Θερμαϊκού Κόλπου εστίν εν ταις υπωρείαις του Ολύμπου, αλλ' όσον επτά απέχει σταδίους». The first written reference to Dion is in Thucydides, who mentions as the first city from which passed the general of Sparta in 424 BC Vrasidas.

The city seems to be founded by Peraivos of Thessaly, in honor of Zeus (according to what the historian Dimitsas). The city's name is attributed to Jupiter. Every year the "Jupiter", centered on the church father of the gods.In Dion were held Olympic Games, victory celebrations and sacrifies. 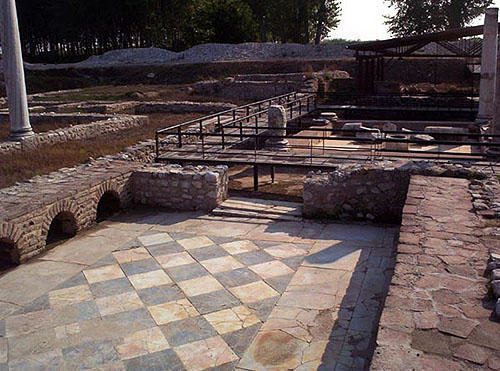 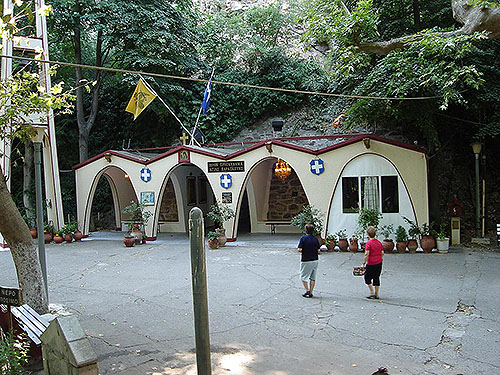 The temple is located in the center of the close of Tempe.

In its place was built in early 1910 by the Railway along with the opening of the station. In the same situation existed in the same shrine in the same natural cave and holy water in a deep hole, as at present. Near the cave springs abundant water source.

The Historical Community of Ambelakia is located in the region of Larissa, Thessaly. The town of Ambelakia became known throughout the world, mainly for establishing the year 1778, the first cooperative in the world, called "Common Company and Brotherhood of Ambelakia" which had as its object the production, processing, dyeing and trading red yarn. 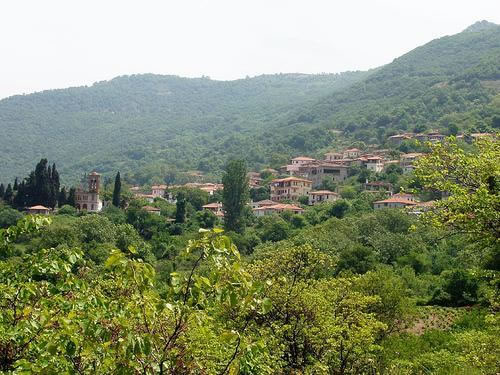 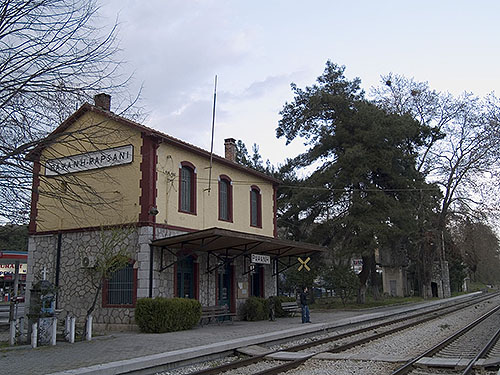 Rapsani is about 9 km from Tempe and is located at an altitude of approximately 600 meters. Reserve a breathtaking view that reaches the Aegean Sea and the exquisite taste that gives the 'Brouskou', the local wine which is established in Greece.

Stone streets, quaint houses, the square with shops and trees and monasteries and chapels Rapsani make an interesting set of attractions. It is worth adding to the extremely elaborate folklore museum and the celebrations of the grape harvest.

Rapsani must enjoy local meats and homemade pies and will be hosted in highly traditional hotel rooms and operating in the region.

Oriented club is ideal for recreation and relaxation during both the summer and during the winter months.

The Krania characterized by its historical and cultural contribution to the wider region.

Distance between Golden Sun Hotel and Krania of Olympus: ~ 25 min 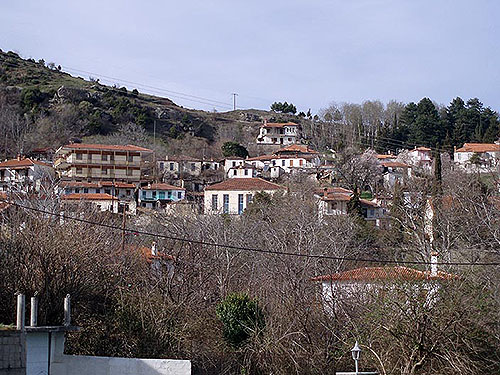 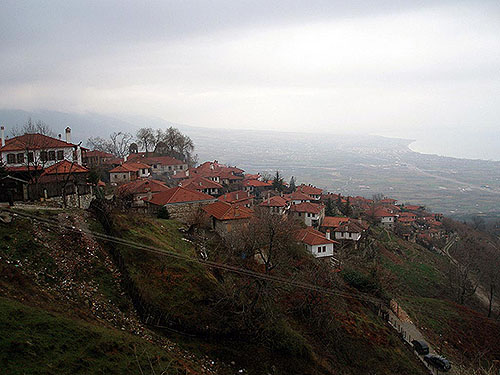 Gorgeous, restored traditional village on the slopes of Kato Olympus, at an altitude of 700m. with a unique view of the Thermaikos Gulf and the coastline of the southern Pieria.

Maintains uniform architecture of the buildings, which is perceived by the first look and distinguishes it from other settlements. In the central paved square with plane trees there is the old church of Saint Panteleimon, the old school has been renovated and traditional restaurants. Just outside the village is the only school in the environmental area.

The narrow cobbled streets you can admire the restored stone houses and quaint shops selling local products and handicrafts.

Aigani has too many natural beauties and combines mountain and sea.

The church of the Nativity of Mary, as it was an old monastery, is an important Christian heritage and the chapel of Agios Athanasios dating from the 14th century and is considered the oldest of Thessaly is the largest cultural and religious richness of the village.

Located at an altitude of 250 meters and 40 kilometers from the city of Larissa and from the town of Katerini. Shall be the last end of Thessaly as there are the borders of Thessaly - Macedonia. 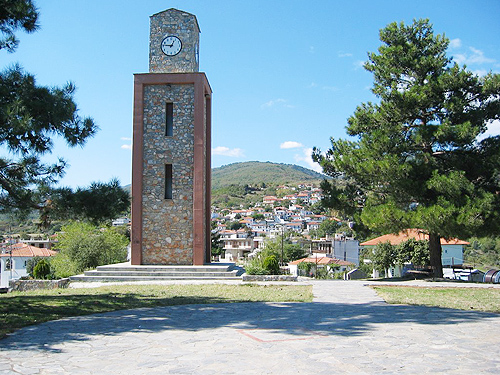